Joannou & Paraskevaides Group and AMTC use Haddonstone for The Pearl, Qatar landscape project

Joannou & Paraskevaides Group, better known as J&P, is one of the leading international contractors and consistently ranks in the ENR Top 250 International Building and Civil Engineering Companies in the world.  The company delivers outstanding projects in a multitude of terrains and climatic variations as diverse as airports, industrial, commercial and residential buildings, hotels, hospitals, motorways, roads and bridges and oil and gas installations.

AMTC (The Arabian Masters Trading & Contracting Company) is a leading Qatar-based construction company and is one of Qatar’s premier engineering, trading and contracting organisations, promoting a wide range of state-of-the-art services particularly in finishing carpentry and masonry works in building constructions.  In 2010, the Central Tenders Committee of the Ministry of Finance has classified AMTC as Class “A” construction company. 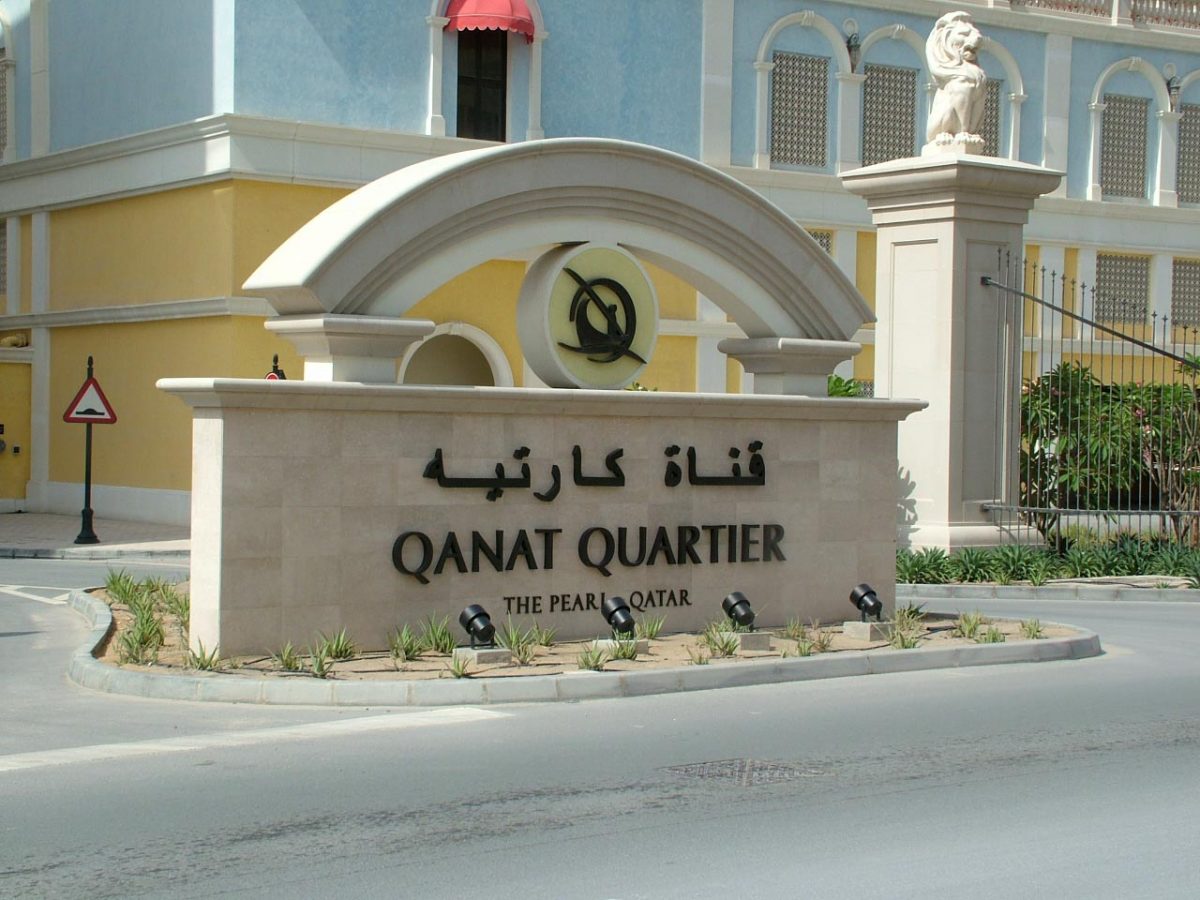 The Pearl, widely regarded as one of the most glamorous addresses in the Middle East, is a $2.5 billion, man-made island off the West Bay coast area of Doha, Qatar.

Historically pearl diving was a major industry in Qatar and the Pearl is constructed on one of their major pearl diving sites, the luxury island spans nearly four-square kilometres and has been designed to accommodate over 40,000 people.  It features Mediterranean-style yacht-lined marinas, upmarket residential towers, villas and internationally renowned hotels, as well as luxury shopping at top brand name boutiques and showrooms.

Following sustained appearance at the Big 5 Exhibition in Dubai, Dar Al-Handasah, designers of the Qanat Quartier, a superior residential development on the Pearl, were sufficiently impressed by the Haddonstone company to specify its architectural and ornamental cast stone pieces for extensive use throughout the development.

All properties in the Qanat Quartier enjoy a waterfront perspective as the developers have created their own Venetian canal system, even including a mini version of the rialto bridge.  They have taken the vibrant colors and precise detailing reflect the architecture of Venice and combined them with the advantage of the climate of the Persian Gulf.

Drawing inspiration from the comprehensive Haddonstone catalogue, Dar Al-Handasah incorporated standard designs of planters, fountains and temples from the Haddonstone range, used other products to inspire imposing statues and wall fountains of a massive scale and create their own style of balustrading.

Joannou and Paraskeviades were employed to construct the infrastructure, canals and roadways and the buildings with extensive terraces and AMTC won the subsequent contract to complete the detailing to the bridges and associated structures.  Both companies enthusiastically embraced the concept proposed by the developer and welcomed the expertise Haddonstone offers to bring the project to fruition.

In the first stage of the project Haddonstone supplied more than 1 thousand tonnes of ornaments, water features, temples and balustrading to Joannou & Paraskevaides in a contract worth £1.6 million.  Included in the contract were six imposing entrance piers of custom design topped by a lion finial, copied from a standard item but 2m tall and each weighing 2 tonnes.  At the time these were the heaviest individual pieces that Haddonstone had produced.  The contract was delivered on time and to budget and Joannou and Paraskevaides expressed sincere appreciation at the way Haddonstone had managed the project.

The second stage comprised 525 tonnes of custom architectural cladding and balustrading to the bridges and underpasses.  This had been awarded to AMTC and TecLite material was selected as most suitable to create the thin sections required.  Again, the project was completed to budget and within the contract period of 18 months to the complete satisfaction of AMTC and the end client. 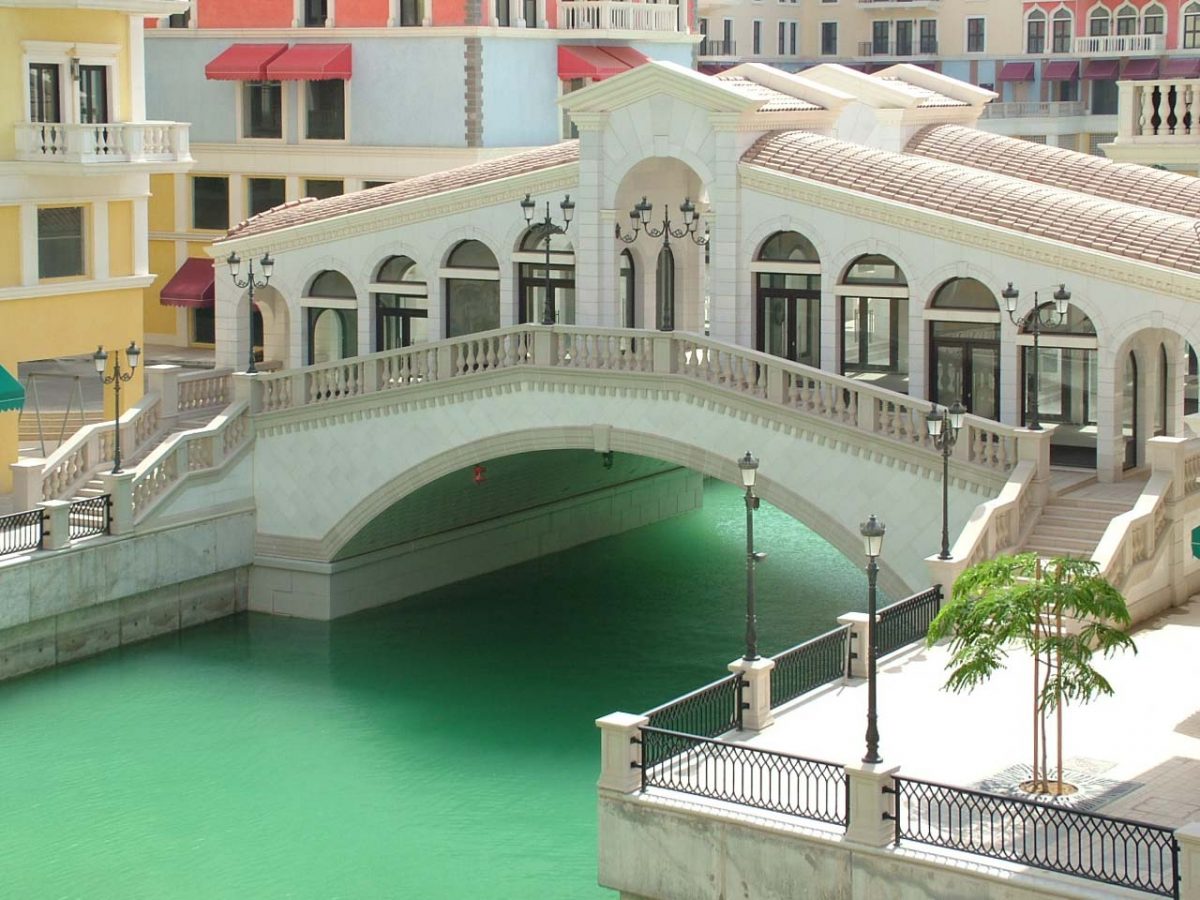 The multiple replication of details for both contracts rendered cast stone to be the most economic material and Haddonstone Ltd. were identified as the company most capable of producing pieces of the quality necessary to enhance this most prestigious project

“Haddonstone exceeded my expectations in all aspects of the contract and I would thoroughly recommend them for future projects”. – Andreas Joannou, J&P

Request a call back