As the temperatures start to dip over winter, our team receives many queries from people asking if our cast stone products are frost resistant.

Neil Sparrow, Director of the United Kingdom Cast Stone Association (UKCSA) is an industry expert in the manufacture of cast stone products.

Neil Sparrow has worked in the cast stone and glass fibre reinforced concrete industries for over 30 years.
He previously worked as Contracts Director at Haddonstone before being appointed as Director of the United Kingdom Cast Stone Association (UKCSA) and the International Glassfibre Reinforced Concrete Association (GRCA).
Neil is a BSI committee member and has a BSc (Hons) degree in Civil Engineering from City University. 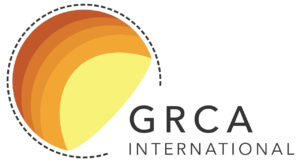 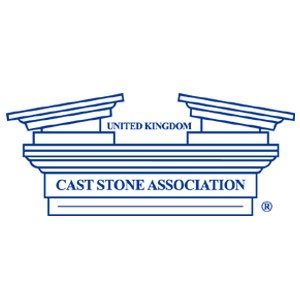 So, is my cast stone frost resistant?

It is around this time of the year, when the winter temperatures drop and the frequency of needing to scrape your car windscreen in the morning increases, that people often ask themselves “Is my cast stone frost resistant?”

If you have bought cast stone from a quality manufacturer such as Haddonstone, that manufactures cast stone to the British and UK Cast Stone Association Standards, then the answer is almost certainly “Yes!”

As we all know, when water freezes it expands, and if there is nowhere in the pores of the material for the water to expand into then the expanding frozen water exerts pressure on the building material and tries to split it open from the inside.  When this frozen water melts again the pressure is released.

It is this action of continually applying pressure and releasing it, that flexes the building product which can lead to its failure if the material is not sufficiently strong to withstand the forces being exerted on it.

Cycling temperatures cause the most strain

People often, mistakenly, believe that it is the degree of frost which causes the product to fail and this is not the case.

It is the number of freeze/thaw cycles which is more critical to the stresses being exerted on the building products.  Haddonstone’s cast stone is regularly supplied to countries such as Russia where temperatures of minus 20oC are frequently recorded.  However the temperatures in those areas tend to fall to low values and stay there for days, even weeks, which is not as much of a problem for the building material as in areas of the UK, where the temperature cycles below and above freezing on a daily basis.

Looking after your fountain during the winter

Older versions of BS 1217, the British Standard for Cast Stone, used to state “This standard does not refer to freeze/thaw durability risks as there are no known reports of such damage in UK” – quite a sweeping statement, and probably not totally true.

In fact a few years ago in the UK, we experienced an admittedly uncommon weather situation where natural stone units which had survived for 100’s of years without problem were deteriorating and breaking due to freeze/thaw action.

Freeze/thaw action should not be confused with the problem which can occur with Haddonstone cast stone fountains if they are not drained down in the winter.  In this instance the water contained in the bowl of the fountain can freeze and force the walls of the fountain, or pump, apart causing them to crack and fail.

How to care for and clean cast stone in winter

Thanks to its long-lasting durability, cast stone needs little looking after over the winter.  However, there are a few things you can do to ensure your treasured Haddonstone Home and Garden designs retain their beauty and charm.

Read our blog for expert advice on cleaning and caring for your cast stone designs this winter.

Request a call back

Haddonstone have also won several UKCSA Excellence in the Use of Cast Stone Awards over the past few years.

Want to find out more?

Our friendly Building and Construction team prides itself on its in-depth knowledge and expertise of all things cast stone.

Arrange a free project consultation with our team today to discuss your next project.