Artificial stone, or cast stone as it is most commonly called today, has a long and illustrious history that intertwines with the great boom in classically inspired country house building from the eighteenth century onwards.

There have been more imitations of stone than of any other natural building material. This persistent emulation has most consistently been for reasons of economy, availability and fashion, particularly in applications where quarried stone is difficult, time consuming and forbiddingly expensive to employ. In the eighteenth and nineteenth centuries, designs created by leading manufacturers such as Coade, Blashfield, Austin & Seeley, Doulton and Pulham were used at prestigious country house locations such as Belton, Burghley, Croome, Ickworth, Kedleston and Stowe whilst artificial stone today is still being manufactured by Haddonstone to enhance country houses across the nation, from Mount Edgcumbe in Cornwall to Aske Hall in North Yorkshire. 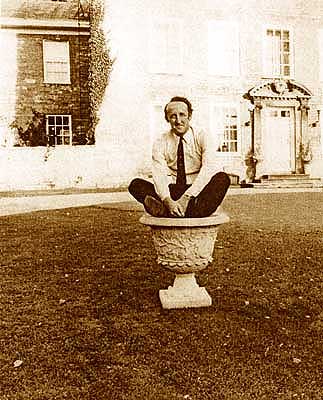 A growing appreciation of the past and the resultant need to conserve historic landscapes and gardens, as well as a desire from the public to create their own accurate representations of gardens from the past, led to the re-emergence of artificial stone manufacture during the latter years of the twentieth century.

Haddonstone was established by Robert ‘Bob’ Barrow (1932-1996) in 1971 to produce high quality decorative cast stonework. The company had a range of just seven designs to offer during the first year of business, six of which continue to be best sellers today: the Plaited Basket, Elizabethan Jardiniere, French Urn, Regency Urn, Scaled Jardiniere and Straight 51” Seat. The company exhibited for the first time at the prestigious Chelsea Flower Show the following year. Haddonstone’s collection has subsequently grown to over one thousand standard designs, with the company gaining an ever increasing reputation for its expertise in the manufacture of custom made architectural stonework. Today, Haddonstone is recognised as an international market leader with group companies in the United Kingdom and the United States of America.

The Haddonstone collection comprises the standard range of designs and is the most comprehensive of its kind produced anywhere. Every single item is the work of highly skilled craftsmen. Pieces from the range have been chosen for the construction and renovation of some of the world’s most famous buildings, including palaces, stately homes, National Trust properties, international hotels, state buildings and gardens, as well as private houses and gardens of every description.

The demand for landscaping and architectural elements has led to Haddonstone’s continuing expansion. From modest beginnings in 1971, by 1987 the company had moved its manufactory to a purpose built complex at Brixworth in Northamptonshire, UK. The two hectare (five acre) site incorporates Haddonstone’s 5,000 sq m (54,000 sq ft) manufactory, studio and mould shop complex together with an extensive stockyard and loading area. The premises were extended in 1988, 1991, 2000 and 2002 to provide some of the most advanced cast stonework mould making facilities in the UK together with a laboratory, vapour curing chamber and both TecStone and TecLite production facilities. The manufactory is located just six miles from the Haddonstone Group headquarters and show gardens at East Haddon.

Haddonstone (USA) Ltd was formed as a subsidiary of Haddonstone Ltd in 1990, operating from a 1,100 sq m (12,000 sq ft) warehouse with yard and offices in Bellmawr, New Jersey. During 1996 a 2.5 hectare (61⁄4 acre) site was acquired in Pueblo, Colorado on which a manufactory was constructed. This incorporated a purpose built mould shop, production facilities for both Haddonstone and TecStone, a large stock-yard and loading docks. In 2000 a purpose built vapour curing chamber was added to the production unit and the size of the stockyard was doubled. In 2003 the Colorado facility in the USA underwent a major expansion with the creation of additional offices, a new mould shop and an expanded TecStone production area. For further information on the history of artificial stone from the eighteenth century to the present, copies of Simon Scott’s acclaimed book ‘Artificial Stone: a successful substitute for natural stone?’ are available from Haddonstone offices in both the UK and US or can be ordered here: Artificial-Stone-a-successful-substitute-for-natural-stone